Birmingham 2022
Each year the choir plan to have a weekend away. This years choir trip was the first since the outbreak of the pandemic and included participating in the Cornish Federation of Male Choirs concert in the Symphony Hall, Birmingham. This was combined with a separate concert for the choir with Kidderminster Male Voice Choir. Forty-three members of the choir made the outbound coach journey of 1st September and the singing started with a flash mob at Exeter Services to the delight of many customers.  A further stop was made on the M5 north bound, but word of our singing had beaten the choir to the next stop and we were told that they didnt want the choir to sing! Embarrassment of this decision precludes them from being named, not for our sake but theres!!!
Having arrived in Birmingham, on the Friday morning, the choir were missing the water surrounding the village and decided to go for a canal trip around Birmingham, and sang Calm Is The Sea. The afternoon was taken up with travelling to Kidderminster and on arrival treated to a high tea made by the wives, partners and friends of Kidderminster choir members. The evening concert took place at St Marys and All Saints parish church to a packed and very appreciative audience. Both choirs came together at the end to sing Alwyn Humpreys' arrangements of Rogers and Hammersteins Youll Never Walk Alone and An American Trilogy for which the audience gave both choirs a standing ovation. The concert was in aid of Cancer Research UK and raised over £4,000.00. Following the concert there was a reception afterwards at The King and Castle pub and restaurant situated on The Severn Valley Steam Railway in the station, where a welcome supper had been provided. As always, social singing there ensued and new and old friendships from our previous visit in 2014 were renewed. Malcolm Horwood, the president of Kidderminster MVC presented the choir with a painting of the choir to our chairman, Jon Pender.  In return Jon presented Kidderminster with a framed water colour print of Mousehole which had been painted by his great grandfather, William George.
Saturday morning dawned bright and warm and a large contingent of the choir gathered in Centenary Square under the watchful eye of the mechanical bull, which had featured in this years Commonwealth Games, and sang several pieces of music too many listeners. In the afternoon a rehearsal took place at the Birmingham Symphony Hall, which is considered to be one of the finest concert halls in the world, in preparation for the evening concert. The concert was compered by Daphne Skinnard from BBC Radio Cornwall and the concert was sung by the combined choir of two hundred choristers from twenty different Cornish choirs. Four of the Counties conductors, including our very own Steve Lawry conducted four pieces of music each. Dave Ceredig-Evans, from Mousehole was the accompanist when Steve conducted. The concert also included an organ solo from Jonathan Delbridge and music from the professional soloist Samantha Rowe, from near Liskeard, who played the flute and sang so exquisitely, and made a great impression on all of the choir. The concert was brought to an end with the singing of Trelawny.
Away trips like this do not just happen. In particular the choir would like to pay special thanks to their very own Vance Webster, who organised the accommodation and transport. This particular away trip was an even bigger headache for him because of having to deal with the delays caused by the Covid-19 pandemic which meant two years of changes. Thank you Vance!
Photograph acknowledgements: Michaela Perry Kay, Tony Howes 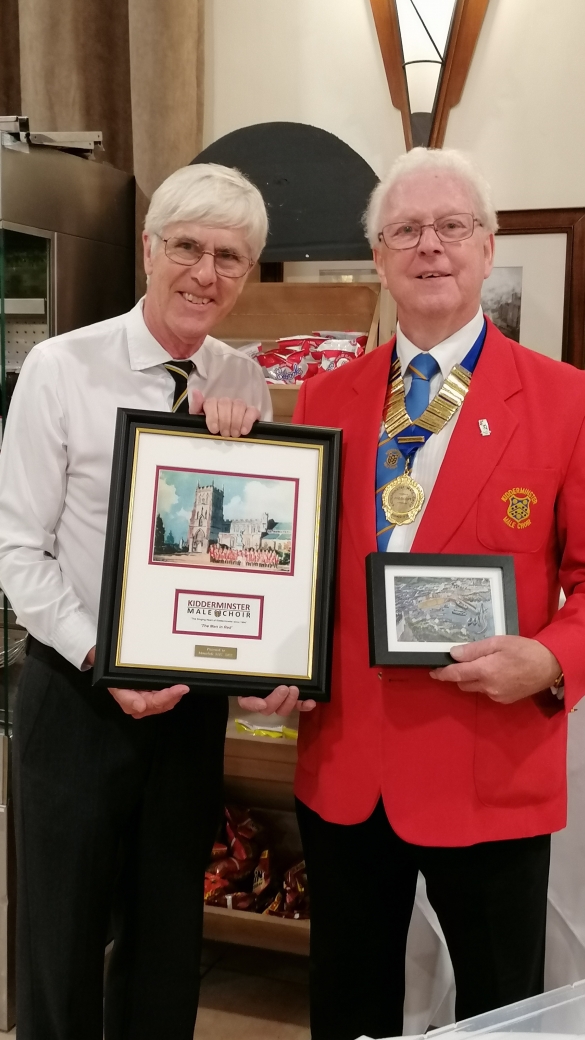 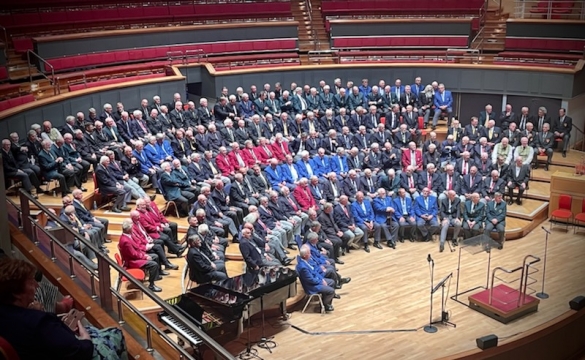